Cemaliye Deran has considerable experience in working with individuals and couples from diverse backgrounds. She currently offers couples therapy and one to one counselling for individuals experiencing relationship issues. Cemaliye describes her approach as humanistic and multi-dimensional which incorporates a transcultural perspective. This is informed by several theoretical approaches: Person-centred, Existential, Gestalt, Psychodynamic; Systems, Transpersonal, Relational, Jungian theory and philosophy.

Cemaliye initially trained as an integrative counsellor in 2009. After some years of experience and working with individuals in both the public and private sector, Cemaliye developed a particular interest in working with relationship issues. This interest subsequently led her to complete a post graduate training, thus gaining an Advanced Diploma in Couples Therapy (Naos Institute 2013). Later, in 2016, Cemaliye also studied the Encountered-centred Couples Therapy’ model (EcCT – developed by Hedy Schleifer), which she integrates and combines aspects of into her own integrative therapy approach with couples. Cemaliye is also a qualified practicing Clinical Supervisor and has a combined degree in (BA Hons) Anthropology/Sociology (2001) from Goldsmiths University London.

In her Couples work, Cemaliye’s priority is to offer a safe space where honest and open dialogue is possible. She describes her approach as collaborative; her aim is to identify and work together with Couples on existing problems by supporting the development of effective communication and encouraging empathy with each other. Couples are given the opportunity to understand and appreciate each other’s needs, build on strengths, learn to appreciate the differences and make positive, useful changes in their relationship and lives.

Cemaliye is passionate and committed to creating therapeutic spaces for all, where real and longer-term positive change is achievable and can be experienced long after therapy has ended. 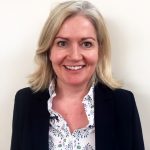 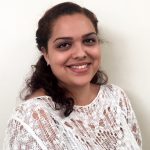