Bullies can make your life a misery. It doesn’t matter how the bullying is done: it can be physical, verbal or emotional. They might hit you, say horrible things to you, or exclude you from social groups and get-togethers. The effect is the same: you can feel intimidated, hurt, broken – and left wondering what you’ve done wrong.

They psychology of bullies is that they feel ‘less-than’ – often because they’ve been bullied themselves. To make themselves feel ‘more-than’, they belittle and humiliate others. They like to work in gangs, so their pals (who also feel less-than) can egg them on to pick-on and puncture the self-esteem of someone they deem to be more vulnerable than them. Bullies can target people on grounds of religion, race, culture, gender, size, sexuality and age. Or sometimes just because the person has something they don’t. Yes, bullies can also be motivated by envy – though they won’t be aware of this.

Bullying may traditionally be associated with school playgrounds, but the effects of childhood bullying can reach into adulthood in our interactions with bosses, colleagues, peers and parents.

Many people who come to therapy may be seeking to undo the hurt that bullies have inflicted. If you’re someone who’s been bullied in the past or present, then counselling can help you come to terms with what’s happened. Working with a therapist can also help you develop new qualities – such as resilience and assertiveness – to help you cope with bullying relationship dynamics in the future. 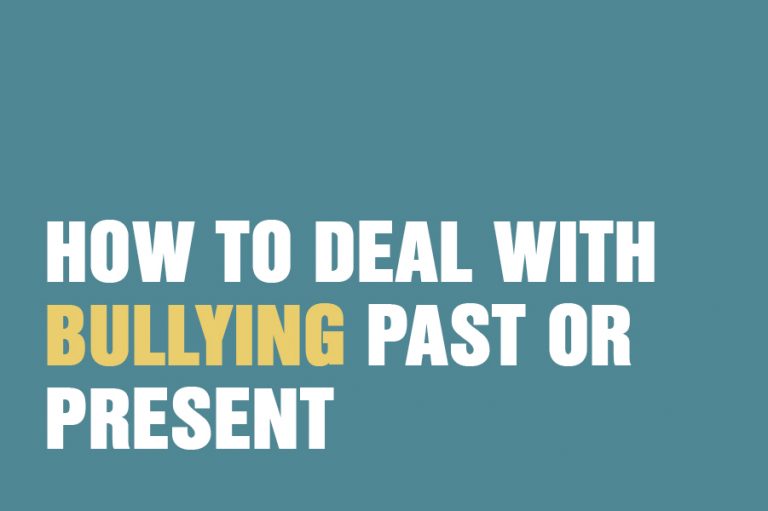 How To Deal With Bullying Past Or Present