Commonly described as non-verbal aggression, passive aggressive behaviour is when you are angry or upset with someone, but do not or cannot tell them. It is the inability to express difficult feelings in a rational way and can often make the problem worse. For the person on the receiving end, it can be incredibly frustrating and upsetting.

Passive aggressive behaviour can manifest in many different ways. Someone who is passive aggressive may show resistance when asked to do something, through procrastination, disagreement or by being stubborn. They may refuse to be emotionally open – even if they are apparently angry or upset, they will insist they are fine, shutting down the conversation. They may even make excuses to avoid certain people.

There are different types of passive aggressive behaviours, which can all vary in severity, frequency, and intentionality. Common types include:

Passive aggressive behaviour is typically triggered by a desire to please people. Reasons include wanting to keep the peace, avoid mistakes, trying to appear more confident and authoritative or being afraid of rejection or criticism. However, because passive aggressive people are naturally unwilling to expose their true feelings, it can be difficult to understand the reasons behind their behaviour.

It is hard to argue the case for being aggressive; lashing out is clearly not a good thing. But, the… 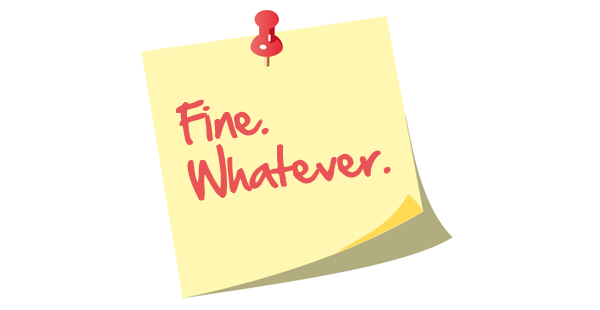 How Passive Aggressive Behaviour Can Ruin A Relationship

Passive aggression is defined as “a personality type or behaviour marked by the expression of negative emotions in a passive,…
Menu
This site uses cookies and data collection for personalised advertising. Your data may be shared with third parties for this purpose. Learn more about how we collect data and use cookies, and check that you consent. Manage PreferencesI Consent Learn more
Privacy & Cookies Policy