Antisocial personality disorder (APD) is a personality disorder which is often characterised by antisocial and impulsive behaviour. Although criminal activity is not always involved, these individuals often encounter legal difficulties due to their disregard for societal standards and the rights of others. Therefore, many of these individuals can be found in prisons. However, it should be noted that criminal activity does not automatically warrant a diagnosis of APD, nor does a diagnosis of APD imply that a person is a criminal.

Research has shown that individuals with APD are indifferent to the possibility of physical pain or many punishments, and show no indications that they experience fear when so threatened; this may explain their apparent disregard for the consequences of their actions, and their lack of empathy when others are suffering.

People with avoidant personality disorder experience a long-standing feeling of inadequacy and are extremely sensitive to what others think about them. This leads to the person being socially inhibited and feeling socially inept. Because of these feelings, the person with avoidant personality disorder will seek to avoid work, school and any activities that involve socialising or interacting with others.

Individuals with Avoidant Personality Disorder often vigilantly appraise the movements and expressions of those with whom they come into contact. Their fearful and tense demeanour may elicit ridicule from others, which in turn confirms their self-doubts. They are very anxious about the possibility that they will react to criticism with blushing or crying. They are described by others as being “shy,” “timid,” “lonely,” and “isolated.”

The major problems associated with this disorder occur in social and occupational environments. The low self-esteem and hypersensitivity to rejection are associated with restricted interpersonal contacts. These individuals may become relatively isolated and usually do not have a large social support network that can support them through crises. They desire affection and acceptance and may fantasise about idealised relationships with others. The avoidant behaviours can also adversely affect occupational functioning because these individuals try to avoid the types of social situations that may be important for meeting the basic demands of the job or for advancement.

Also known as Emotionally Unstable Personality Disorder (EUPD), borderline personality disorder is characterised by significant instability of interpersonal relationships, self-image and mood, and impulsive behaviour. Sometimes there can be a variation of periods of confidence to despair, with fear of abandonment and rejection, which may lead towards suicidal thinking and self-harm. It is also associated with substantial weakening of social, psychological and occupational functioning and quality of life.

People with more severe forms experience very high levels of emotional distress. They have repeated crises, which can involve self-harm and impulsive aggression. Some people may exhibit an appearance of multiple illnesses, including other personality disorders, and are frequent users of psychiatric and acute hospital emergency services.

Dependent personality disorder (DPD) is characterized by pervasive concerns about being separated from caretaker figures as well as difficulty with independence and autonomy. People with this disorder are anxious and insecure when they are not with a person who will support them, make decisions for them and generally take care of them.

People with DPD may exhibit the following symptoms:

Dependent personality disorder (DPD) is characterized by pervasive concerns about being separated from caretaker figures as well as difficulty with independence and autonomy. People with this disorder are anxious and insecure when they are not with a person who will support them, make decisions for them and generally take care of them.

People with DPD may exhibit the following symptoms:

For people with histrionic personality disorder, their self-esteem depends on the approval of others and does not arise from a true feeling of self-worth. They have an overwhelming desire to be noticed, and often behave dramatically or inappropriately to get attention. The word histrionic means “dramatic or theatrical.”

Impulse control disorder includes many disorders such as compulsive gambling, intermittent explosive disorder, kleptomania and pyromania (fire-starting). Other compulsive behaviours related to the body include trichotillomania (an urge to pull one’s hair out), onychophagia (compulsive nail biting) and dermatillomania (compulsive skin picking). The onset of these disorders usually occurs between the ages of 7 and 15.

Impulsivity, the key feature of these disorders, can be thought of as seeking a small, short term gain; this gain is at the expense of a large and long-term loss. Those with the disorder repeatedly demonstrate failure to resist their behavioural impulsiveness.

Intermittent explosive disorder is characterised by repeated episodes of aggressive, violent behaviour in which you react completely out of proportion to the situation. There are many examples of IED which can manifest in road rage, abuse toward a family member, unnecessary anger and being bad tempered. Some people throw or break objects during these episodes of intermittent explosive disorder.

People with intermittent explosive disorder may attack others and their belongings, causing injury and damage to property. People with this disorder may feel remorse, regret or embarrassment after.

Narcissistic Personality Disorder involves arrogant behaviour, a lack of empathy for other people, and a need for admiration; all of which must be consistently evident at work and in relationships. People who are narcissistic are frequently described as cocky, self-centred, manipulative, and demanding. Narcissists may concentrate on unlikely personal outcomes (e.g., fame) and may be convinced that they deserve special treatment.

Narcissism is a less extreme version of Narcissistic Personality Disorder. Narcissism involves cockiness, being manipulative, selfish and vain (a love of mirrors). Narcissists tend to have high self-esteem on the surface, but deep down are very insecure. However, the latest evidence indicates that narcissists are actually secure or grandiose at both levels.

Onlookers may infer that insecurity is there because narcissists tend to be defensive when their self-esteem is threatened (e.g., being ridiculed); narcissists can be aggressive. Their lifestyle may more generally reflect sensation-seeking or impulsivity (e.g., risky sex, bold financial decisions).

Obsessive compulsive disorder (OCD) is a chronic condition that is usually associated with obsessive thoughts and compulsive behaviour. An obsession is an unwanted, unpleasant thought, image or urge that repeatedly enters a person’s mind and results in anxiety. A compulsion is a repetitive behaviour or mental act that a person feels compelled to perform to try to avert or undo the effect of the obsession.

Unlike the normal use of the word ‘obsession’, which may describe something that an individual enjoys, the obsession in OCD is unpleasant and frightening. The person feels the need to carry out their compulsion in order to prevent their obsession becoming true. For example, someone who is obsessively scared that they will catch a disease may feel compelled to have a shower every time they use a toilet.

OCD is one of the most common mental health conditions. It is estimated that up to 3 in 100 adults and up to 5 in 100 children and teenagers have OCD. OCD usually starts in early adult life, with men tending to report earlier symptoms than women. However, OCD symptoms can begin at any time, including childhood.

The symptoms of OCD can range from mild to severe. For example, some people with OCD will spend about an hour a day engaged in obsessive compulsive thinking and behaviour. For others, the condition can completely take over their life.

Paranoid personality disorder is a disorder characterised by paranoia and a pervasive, long-standing suspiciousness and generalised mistrust of others. Individuals with this personality disorder may be hypersensitive, easily feel slighted, and habitually relate to the world by vigilant scanning of the environment for clues or suggestions that may validate their fears or biases.

Paranoid individuals are eager observers. They think they are in danger and look for signs and threats of that danger, potentially not appreciating other evidence. They tend to be guarded and suspicious and have quite constricted emotional lives. Their reduced capacity for meaningful emotional involvement and the general pattern of isolated withdrawal often lend a quality of isolation to their life experience. People with this particular disorder may or may not have a tendency to bear grudges, suspicious, tendency to interpret others’ actions as hostile, persistent tendency to self-reference, or a tenacious sense of personal right.

Schizoid personality disorder (SZPD) is a group of disorders that often demonstrate unusual behaviours. People with these disorders often appear odd or peculiar. People with schizoid personality disorder also tend to be distant, detached, and indifferent to social or close relationships. They generally are loners who prefer solitary activities and rarely express strong emotion. This person’s life is marked by little pleasure in activities. People with this disorder appear indifferent to the praise or criticism of others and often seem cold or aloof. How to Tell if I Have Self-Defeating Personality Disorder 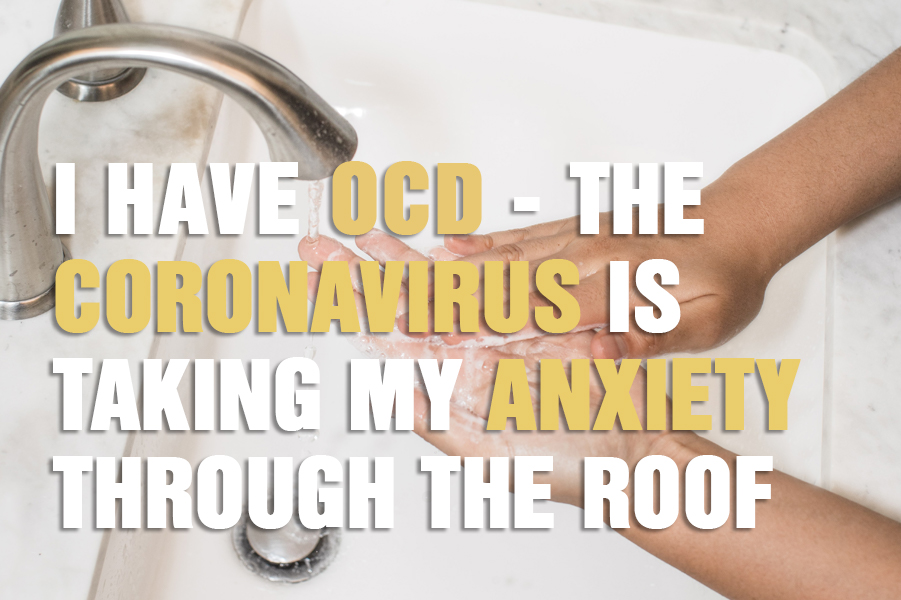 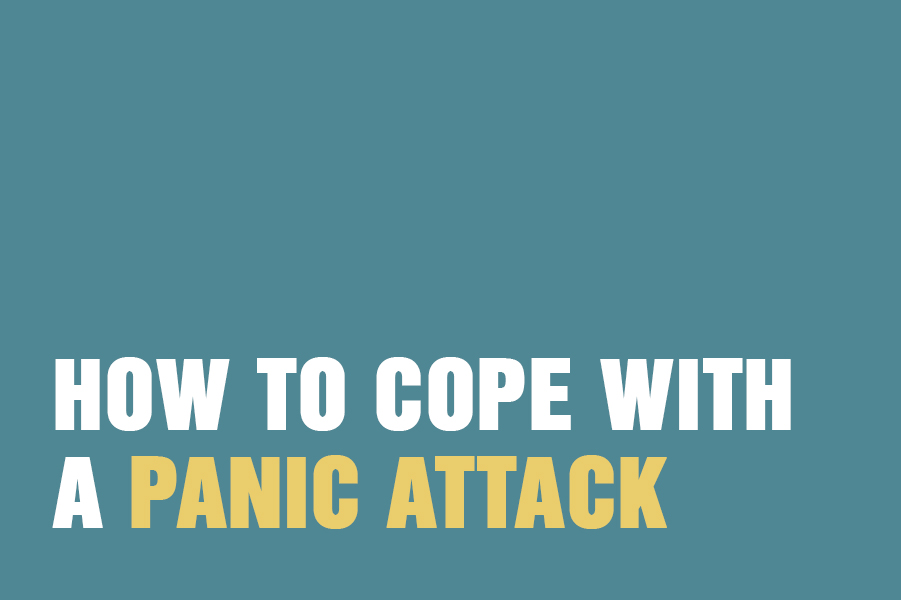 Having a panic attack can feel terrifying, as though you’re losing your grip on who you are and the world… 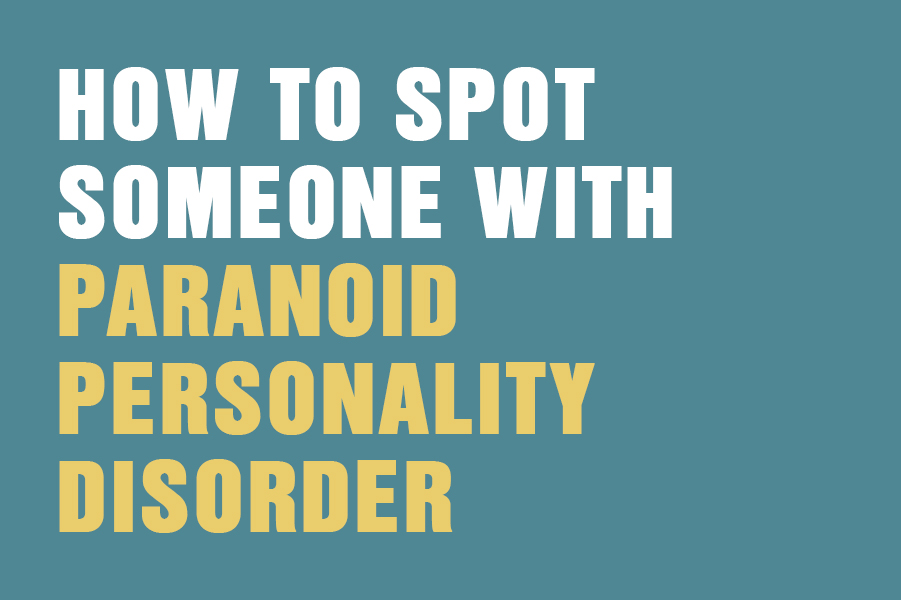 How To Spot Someone With Paranoid Personality Disorder

Do you know someone who finds it hard to trust others and fear that people want to harm them? Do…
Load More
Menu
This site uses cookies and data collection for personalised advertising. Your data may be shared with third parties for this purpose. Learn more about how we collect data and use cookies, and check that you consent. Manage PreferencesI Consent Learn more
Privacy & Cookies Policy