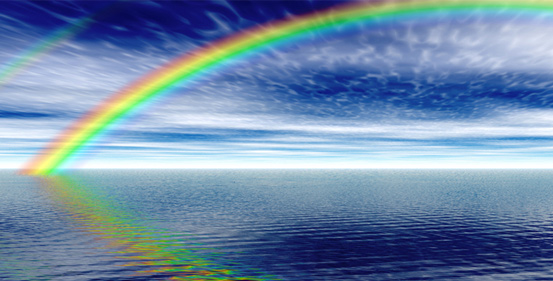 At the age of 16 years old, Judy Garland, after years of preparation and grooming by both her family and MGM studios, burst onto the film scene with the musical classic Wizard of Oz. It is hard to believe that some thirty one years later, that same young girl, following years of sadness and known health issues including alcoholism, drug addiction, and other cross addictions would die alone in a small London apartment from an overdose of sleeping pills.

Her life, even as a girl, became defined by her achievements. Being successful, and living out the life that her family, and the studio, had mapped out for her, became the reason for her existence. And to make matters worse, she was actively encouraged to take drugs: amphetamines (speed) to keep her weight down, and then….. sedatives to calm her. She started smoking at the age of 9, drinking at the age of 13, and relying on various types of legal and illegal drugs at the age of 14. She was also precocious when it came to men.

To hazard a guess at the insecurities that would have arisen for the young Garland, and the effect it had on her true self; outside of her being, or should that be, ‘doing Judy Garland’, is evident.  For these anxieties dominated her and were only alleviated when she felt adoration from an audience. Whenever she experienced a setback in her career, she always staged a comeback, and whenever she gained weight, she focused on trying to lose weight. She did not know how to be any other way, the stress of Hollywood and her own dysfunctional family, had had a detrimental effect. She had a truly tragic life that some, immortalise.

That she was ridiculously talented is without a doubt, but with her spirit crushed, her true identity was covered in a web of addictions, and a blanket of plaudits. Even her numerous marriages, 5 in total, were filled with brief outside sexual affairs, and seemed distant and lacked intimacy (if we believe the Hollywood gossip mill, it is rumoured that 4 of her husbands were actually gay).  It seemed that no one was ever really sure who the real Judy Garland was.

As case studies go, it is interesting to look at people in the public eye, to understand or think about psychological issues or profiles. In all honesty though, I do not need to litter this piece with distant celebrity downfalls, or other literary references. The truth is every day we are surrounded by people who live very similar lives; that hide behind a mantel of accomplishments or addictions. The origin of negative core beliefs in such people is prevalent: those who present to the world an outer layering that may be very different to how they feel inside.

Alice Miller picks up on some of the themes around achievements’ in her book, The Drama of the Gifted Child. Intelligence, (by that I mean, any talent in any particular form), can be used as a defence and safeguard. It is the realisation that one may get recognised by a caregiver or significant adult, for being a particular way, or achieving in a particular area, even when the actual child may be otherwise unseen. This can later be built on and carried into adulthood with what is referred to as a ‘false self’ – one which covers the true feelings of the real ‘being’ part of a person. Getting others approval is often at the heart of this, to fill the void of emptiness where the child’s real needs may not have been met, also known as ‘the narcissistic deprivation’. The false self is the only way a person may feel they would be accepted, but of course this comes at the detriment of such a person’s true self and their sense of self-esteem.

The ‘false self’ can also fuel itself in dependent behaviour. This week, Alcohol Awareness Week, 19-25 November, makes this all the more relevant. Here we remember the dangers of alcoholism, in its many different levels, and the role it plays in our society, a culture where drinking is on the whole, pretty acceptable. Let’s be clear, there are many different reasons addiction may take hold of a person, but I believe that the reality behind a lot of addiction, dependency and compulsion, often tells of greater and deeper wounds…many of which, can be borne in childhood.

John Bradshaw, a ‘tour de force’ in personal development/popular psychology, and author of best sellers such as The Family, and Healing the Shame That Binds You, says:

“The world first comes to us in the form of primary caregivers…when security and trust are present we begin to develop an interpersonal bond..such a bridge is crucial for development of self-worth. The only way a child can develop a sense of self is through a relationship with another. We are ‘we’ before ‘I’  ”   (Healing the Shame That Binds You, Rev.ed. 2005. HCI. P8).

Bradshaw cites how as dysfunction runs through families, recurring themes arise such as addiction and abuse (neglect, emotional, physical and sexual), and the child may not be seen as they person they are. This in turn greatly impacts on the child, and later, adult’s ability to relate. I think it is important to add that all this can be both overt and covert.

So what do children do? They adapt, and learn how to survive in the world: how to feel safe. And an element of control is needed in this. As the child learns that they cannot be accepted for who they really are, the false self washes over the true self. And as they learn the false self can protect them, they hide the true self with shame, often with the notion that there is something wrong with who they really are. This is what is defined as ‘toxic shame’. It is different to healthy shame or guilt because it is not allied with statements such as, “I made a mistake”, but rather “I am a mistake”. It is a guardian of being, as oppose to one of doing. In addition, the toxicity refers to how it can play out in dysfunctional family systems, where each individual holds their identity in relation to the family, rather than necessarily their own uniqueness. And as the word toxic suggests, this can perpetuate through generations, and on a wider scale, cultures.

Having fairly recently re-read, Bradshaw on: The Family- a new way of creating solid self-esteem, (a re-work of his original book about family systems), I was taken aback by how he writes with such passionate urgency. What I find most powerful about John Bradshaw’s books, are that he himself, has direct experience of what he talks about, having grown up in an alcoholic family, subsequently gone on to become an alcoholic, and then after, to become, what he describes as ‘professional co-dependent’:

“I believed because I no longer used any mind changing chemicals, I had arrested my addiction. However, I was still enormously addicted. I was still controlling, out of touch with my feelings, grandiose and compulsive”. (Bradshaw on: The Family- a new way of creating solid self-esteem, 1996. HCI, p231)

The backbone of underlying truth in his writing comes across as powerful and evocative. It reveals a raw and very human struggle – a story of the long and winding road to self-acceptance.

As people, we all have our defences, because they feel natural and keep us feeling secure. However, that is not to say that that they are always healthy. You have to be vulnerable to show your real self, and controlling habits run contrary to vulnerability. It is being able to come to a place where it is alright to say, ‘I am okay, I am worthwhile, and I accept myself and am not afraid to show the world’ – even if, for whatever reason, this was not the message you may have heard as a child.

I believe as a counsellor, that our natural safe place often bursts through in times of stress. This includes going to the parts of us that disassociate with real feelings or our real place of being when we are going through difficulties or painful emotions. In addition, with addiction, relapses or ‘slips’, need not be the end of the world, as they are always a learning process. However, I also concurrently believe that every time an addict ‘acts out’, or the ‘false self’ lies, the person is fuelling that mask, and working against their own self- worth. If there is no room for self-worth or self-love, then there is also no room for closeness or intimacy. And the worse place to be is if you never open yourself to closeness, then you never have the ability to see that some people will undoubtedly love you for who you really are. It is a vicious cycle that is very hard to break, and one even more unfair and sad, because the toxicity of the shame has been bred within the often abusive, secretive, dysfunctional family systems.

I fundamentally trust that clients can move beyond shame, and break free from unhealthy dynamics. Like many things in therapy and counselling, it can take a lot of hard work, especially confronting our own fears. And also a lot of sadness, there is much grieving to be done for our inner child. But to really want something more real and better for yourself, is coming from the place where you believe you really deserve it.  Then, I think you are onto something. In vulnerability, there lays strength, and real love lies at the centre of truly appreciating ourselves.

In The Wizard of Oz, Garland’s character Dorothy wore ruby slippers to protect her from that which she was afraid of (in her case, the wicked witch of the West). But in the same way that the witch melted when water was thrown on her, I believe the strength of the heart and the true self (or soul), can melt away and conquer the fears, no matter how big and scary. It is only when you believe that the rainbow shines from within, rather than outside, that the true self can not only strive but thrive. 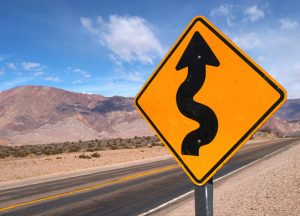 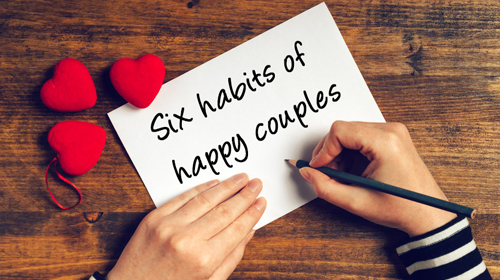 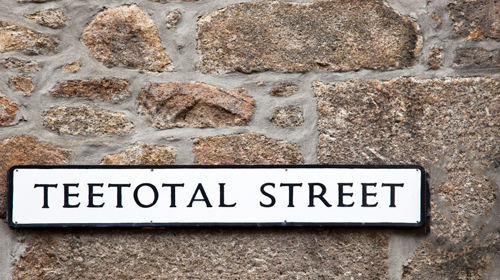 How To Win At ‘Dry January’ 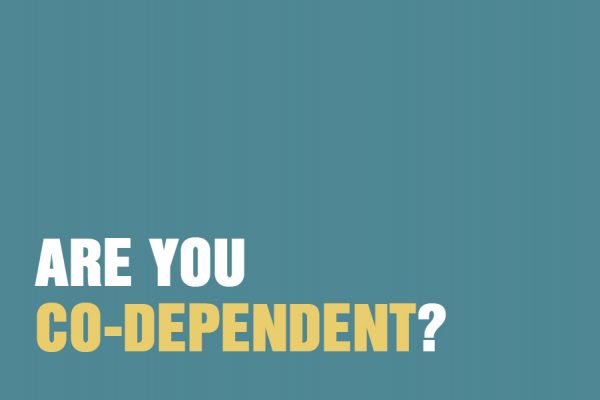 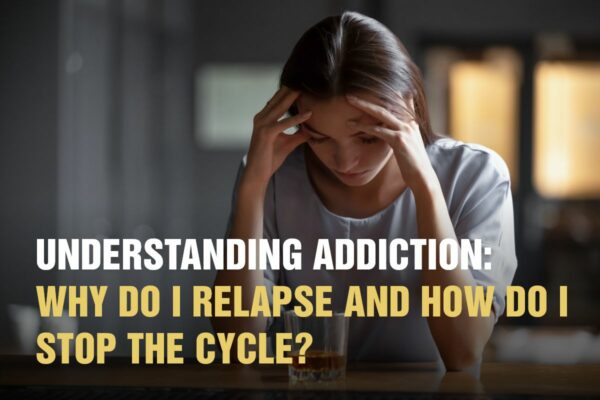 Understanding Addiction: Why Do I Relapse and How Do I Stop the Cycle?