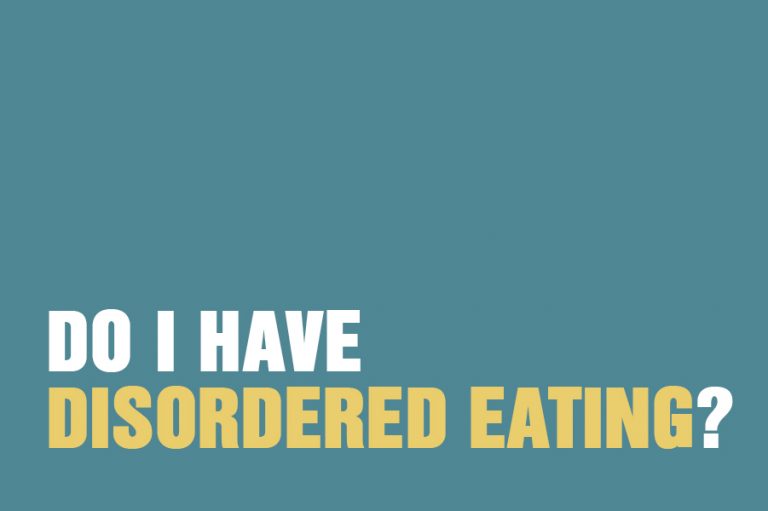 Do I Have Disordered Eating?

What is a high-functioning Eating Disorder?

It might be that you purposely don’t eat as much as you know you should – you eat just enough to be able to function. It might be that you spend a disproportionate amount of time on the treadmill, depleting your body of any type of fat that it might need to survive. It could be that you binge eat on occasion (binge eating is defined as uncontrolled intake of unusually large amounts of food in a short period of time).

Oftentimes, it can be the way that someone thinks about their own body image. Many women, in particular, aren’t entirely satisfied with what they look like because the are constantly being told what they should look like. However, it isn’t all about how someone looks. You can’t tell if someone has an eating disorder or not based on the way that they look. You might be overweight, underweight, or within a healthy range, but that doesn’t mean that you don’t have disordered eating.

Disordered eating is likely to be different for each individual. However this section includes some of the common signs and symptoms of disordered eating and high-functioning eating disorders.

It is not uncommon for eating disorders to start as a diet or string of diets. Someone who is constantly or almost constantly dieting, has great anxiety associated with specific food or food groups, or consistently skipping meals, is showing signs of disordered eating. Many people skip meals because they are busy at work or are running around after their kids, and sometimes it is genuinely not possible to get lunch. However, oftentimes there is time to grab at least a quick meal, but we prioritise our lives such that food becomes less important. A pattern can then develop where we experience a bit of weight loss, or that high and sense of accomplishment from feeling hungry, and we then purposefully skip meals. Research by Kaye et al (2009) hypothesises that starvation actually makes people with anorexia feel better by decreasing the serotonin in their brains.

Disordered eating can also include preoccupation with food, weight, and body image that negatively impacts quality of life. It might be that you weigh yourself in the morning and if you don’t like the number on the scale, your mood is impacted for the whole day. Restricting calorie intake, focusing on a certain number on the scale, or fearing ‘unhealthy’ foods can all be an indicator that you are dealing with disordered eating.

A feeling of loss of control around food, including compulsive eating habits. Disordered eating isn’t just restricting food or obsessively exercising. It can also include binge eating and secret eating. In fact binge eating disorder is thought to be the most common type of eating disorder, especially in the United States (Smink et al., 2012).

Many people who have a high-functioning eating disorder find themselves using excessive exercise, food restriction, fasting or purging to “make up for” bad foods. Many of us classify foods as either good or bad, healthy or unhealthy, and this way of thinking about food often starts with the way that food is marketed; “be naughty – have this desert”. Suddenly that dessert becomes a “guilty pleasure” or a “naughty treat”. This puts people in the position of feeling virtuous if they eat ‘good’ foods, and shaming or hating themselves when they eat ‘bad’ foods. This is then linked with guilt and shame associated with foods and food groups.

Hiding food wrappers; many mums will tell you that they’ve done this to avoid their kids asking for snacks just before dinner and so on. But when hiding food wrappers or secretly eating becomes a ‘logical’ coping mechanism for dealing with guilt or shame around having consumed a ‘naughty’ snack, this can be a sign of disordered eating.

Bringing your own food everywhere you go can also be a sign of a high-functioning eating disorder. This is completely okay if you have allergies or a medical condition that requires you to be really careful with your diet. However, if you avoid meals with others or bring your own food so that you can be in control of what you are eating, then this often points towards disordered eating.

Making food for others but not eating it yourself. Karen R. Koening, a licensed psychotherapist specialising in the field of compulsive, emotional and restrictive eating, noted that “the pleasure of feeding becomes a safe substitute for the pleasure of eating.” When someone who enjoys cooking suffers from disordered eating, they will often continue to cook for other people, obsess over finding new recipes, reading through cookbooks, and talk about food and recipes with others, but not actually eat much of the food that they cook.

It is important to recognise that a lot of these are things that many of us do without thinking, and we might see them as normal behaviours. However, just because they are common behaviours, doesn’t mean that they are healthy. On the other hand, it is also important to recognise that these behaviours also fall on a spectrum, and just because you sometimes hide a crisp packet from your kids or have an evening of eating junk food with your girlfriends, doesn’t necessarily mean that you have an eating disorder.

Asking yourself the question of how much of an impact does your eating, thinking about food, or body image are having on your wellbeing, in terms of the mental energy that you are spending on it, can be useful in determining if you should seek professional help or not. If the above is having a negative impact on your well being, speaking to a professional eating disorder therapist can support you in managing and rekindling a health relationship with food.

What Can Cause an Eating Disorder?

There are many things that can be risk factors for developing an eating disorder, or disordered eating. These include, but are not limited to;

Eating disorders are a response to stress and can be caused by any combination of the above, and more.

Disordered eating can be considered less of an individual problem and more of a societal problem. According to a survey by Advocatesforyouth.org, 91% of women are affected by not liking their body image, and The Contemporary Psychoanalysis Group reported that about 50% of the population demonstrate problematic or disordered relationships with food, body, and exercise.

In a lot of cultures and societies, there seems to be a lot of mixed messages around what we should be eating, how much we should be exercising, and what food is good or bad and in what quantities and ratios, and so on. For example, if you look at any popular woman’s magazine, you’ll read about self-love, confidence, and powerful women, and then two pages later, the newest diet or exercise trend.

We might experience similarly mixed messages from friends, family, and people that we follow on social media. There has been a strong trend for body positivity in recent years – celebrating that every body size and shape is beautiful, but we can’t be too big or too small. This equates to ‘every body is beautiful as long as it is within these parameters.’

If you, or someone close to you, feels they would like support with issues around food then therapy could be an option. We have a team of Eating Disorders counsellors who will be able to help. Sessions are available seven days a week at our centres in Clapham and Tooting. Our reception team can support you in finding the right therapist for you. Just call 020 8673 4545 or email [email protected] for a confidential appointment. 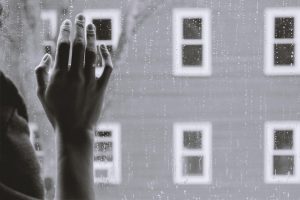 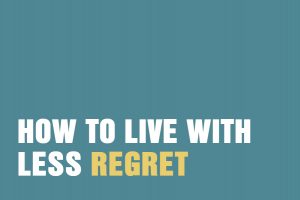 How To Live With Less Regret 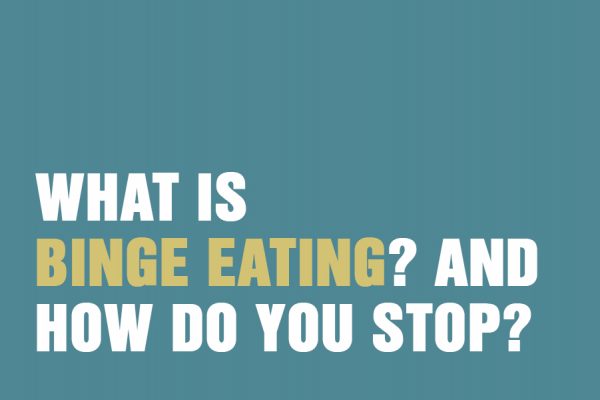 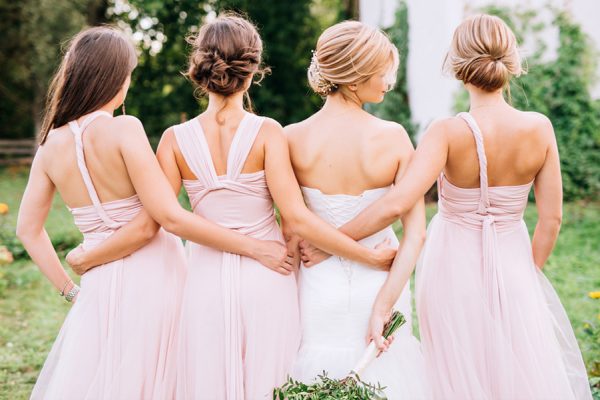 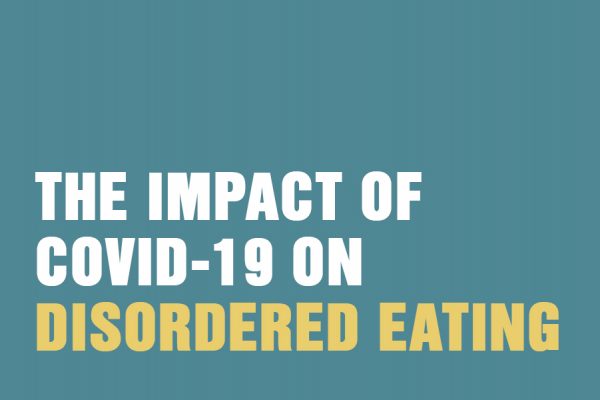 The Impact That Covid-19 Can Have On Disordered Eating 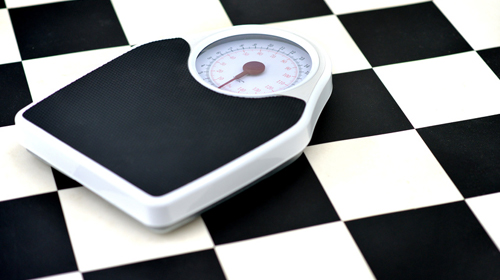 Do you need help with your relationship to food?